From the Lewes Chamber of Commerce:

1812 Memorial Park was a defense battery during the War of 1812 and the site is marked by a granite monument placed by the National Society, U.S. Daughters of 1812. Four large guns on the upper lumps were contributed by the government. Between them is a small gun believed taken from a pirate vessel abandoned in the creek. A three- inch naval gun on the lower terrace, used during World War 1, was placed by the American Legion in 1930. 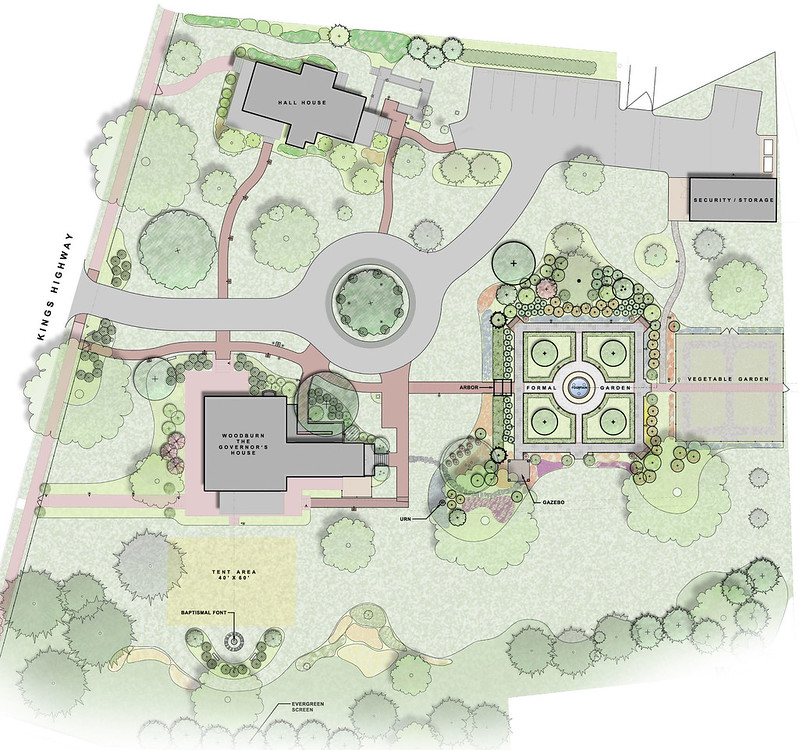 No one is certain what the grounds of Woodburn, the governor’s house, looked like in 18th century Delaware.

Charles Hillyard III, who built the Georgian-style mansion in 1798, left no detailed seed lists nor did his neighbor to the east, John Dickinson. And old photographs of the property show little of the grounds.

But for first lady Carla Markell, the revival of the gardens at Woodburn isn’t a restoration. Instead, it’s all about creating a public space that is cost-effective, low-maintenance and with a classical, long standing feel to it that matches the period of the house.

“I was very sensitive about making any changes about anything” with either the building or the grounds at Woodburn, she said. “I wanted to make sure we did it right.”

So Markell called on experts every step of the way as she worked first on the home interior and now on the gardens.

With the gardens, she started with Paul Redman, director at Longwood Gardens.

Then, Markell decided to contact former first lady Elise duPont, whose garden Markell said she admires, and she also recommended Robinson. So on a hot day during the summer, Markell and Robinson met on the grounds of Woodburn.

“He said: ‘Oh my, this is a garden in distress,’” Markell recalled. A fountain on the grounds was more a Victorian style than 18th century, the English boxwood shrubs were dying and a lift elevator that provided access for people with disabilities was unsightly. And there was no shade on a hot summer day.

Robinson came up with a vision for Woodburn that kept the collection of governors’ trees in place, salvaged materials like flagstone for new uses and created a new [accessible] ramp with landscaping. Some of the boxwood that was still healthy was saved and a new, low fence was added to link Woodburn with the adjoining state building Hall House so the two buildings form one campus.

“It brings the whole property together,” Markell said.

The garden and grounds work is a public-private partnership that includes a matching $100,000 grant from the Longwood Foundation and other private gifts, she said.

“Mrs. Markell asked me to look at the entire landscape,” Robinson said. “There’s quite a nice collection of trees and we knew that we had to work with them.”

Rather than remove everything, Robinson said, “we did a lot of editing.”

“We wanted the plantings to be simple and elegant and not over-planted,” he said. In addition, the main driveway has been moved because it was crowding the house.

Much of the entrance, fencing and site work has already been completed. But over the next few months, two new gardens and additional landscaping will emerge on the grounds. Much of the work is expected to be complete by spring.

Robinson said the old garden was a formal rose garden. The problem, he said, is that roses tend to be high maintenance. In addition, many of the older boxwood plants were in poor condition. A shallow pool in the garden was leaking.

A traditional, late colonial style “parterre” garden with four equal quadrants will be planted. Four flowering crabapple trees will anchor each of the quadrants and they will be surrounded by flowering perennials, said Ken Darsney, the state horticulturalist for the Division of Historical and Cultural Affairs. 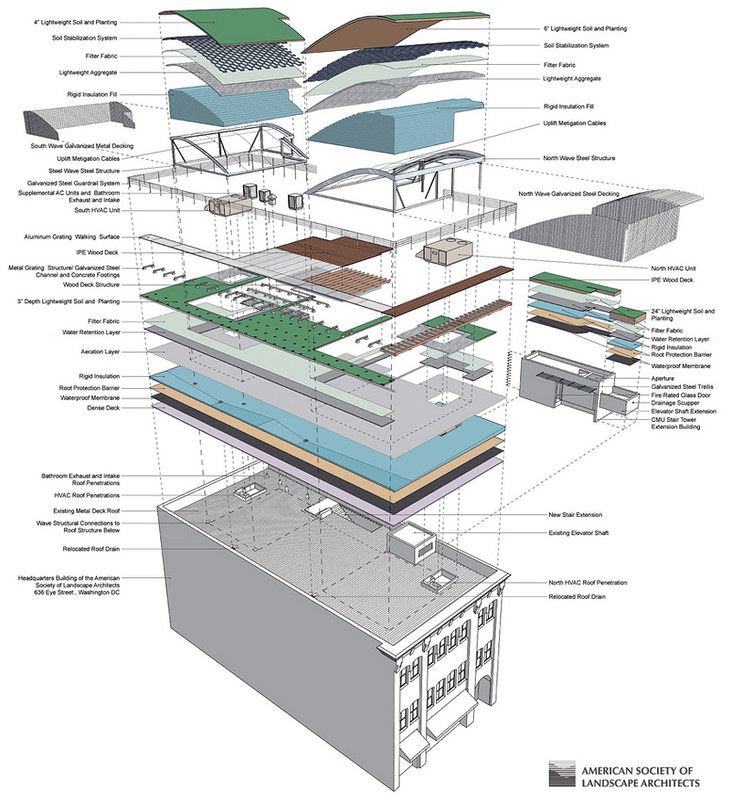 Click through (image above) to check out a virtual tour of the demonstration green roof atop the American Society of Landscape Architects headquarters in Washington, D.C.

The ASLA headquarters green roof was undertaken to demonstrate the environmental and aesthetic benefits of green roofs and to encourage more widespread use of green roofs. A retrofit project, the green roof replaced the original membrane roof on the [headquarters] building. One of the signature elements of the design is the use of two 25’-wide elevated “waves” formed by a structural skeleton filled with rigid insulation and covered with a green roof system. The waves rise to 6’2” and 5’4” above the walking surface, which positions flowering plants at eye level and creates an intimate, semi-enclosed space. 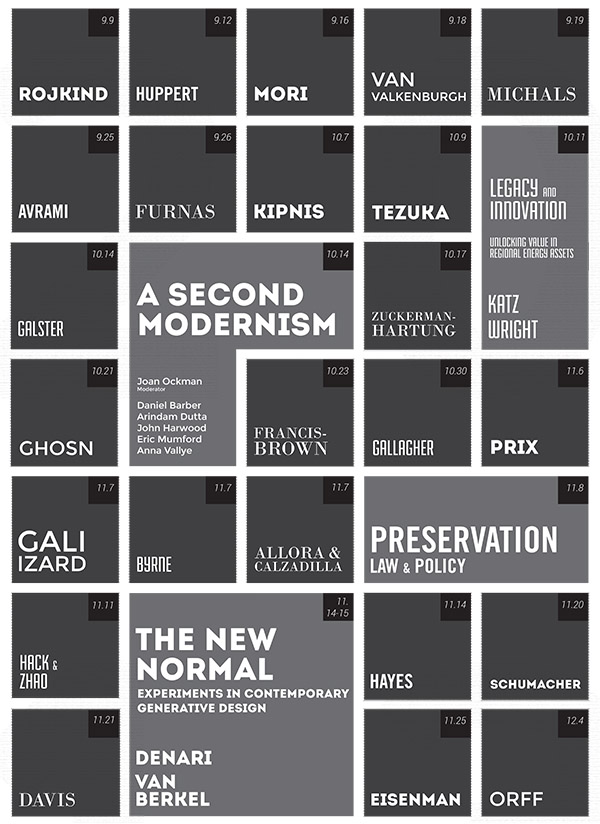 Snakes in the park 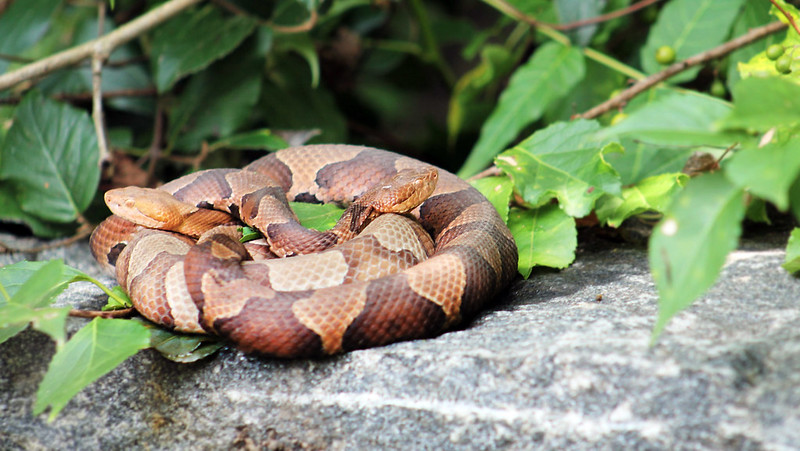 One RRLA, Inc. associate recently had a close encounter with these two Northern Copperheads (pictured above) during a lunchtime walk with her Miniature Schnauzer in Alapocas Run State Park. The low areas near the Brandywine River in Alapocas Woods are a known habitat for copperheads, one of only two species of venomous snakes native to Delaware. 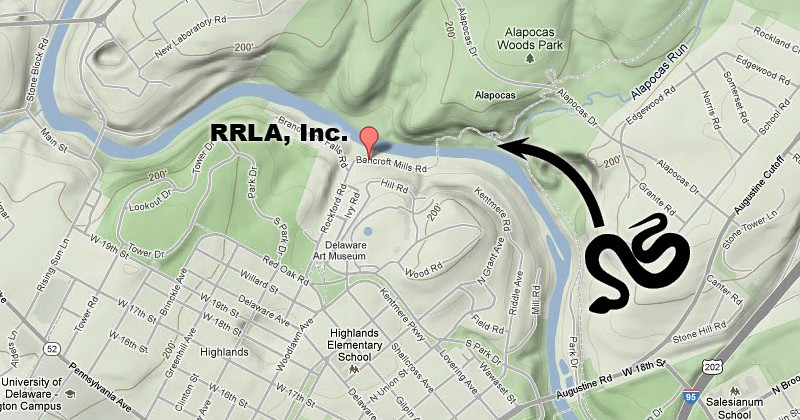 We notified the Parks Department about the snake sighting (a third was spotted lounging in the cracks of a low boulder wall near the foot path). Visitors to the park, especially those with small children and dogs, are encouraged to be aware and use caution, particularly during the snakes’ mating seasons in the spring and fall.

The 2013 Year of Public Service has been established by the American Society of Landscape Architects’ (ASLA) Public Awareness Campaign to highlight the wide-reaching public service activities readily performed by landscape architects and to advocate for a higher commitment by all to community service projects.

Any current ASLA member can submit his or her service project for review by the Public Awareness Campaign to highlight in the campaign’s resources and outreach.* Descriptions, quotes and multimedia content may be used – with proper credit – on the YPS2013 website, blog and The Understory Facebook page. 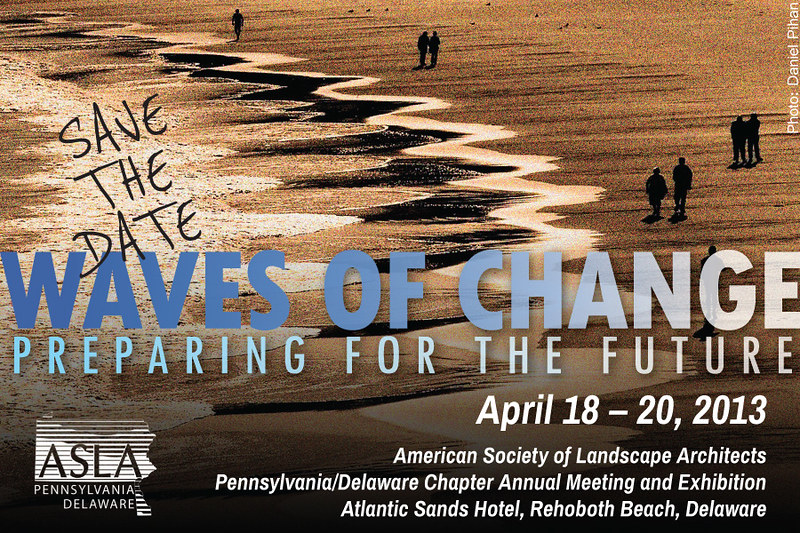 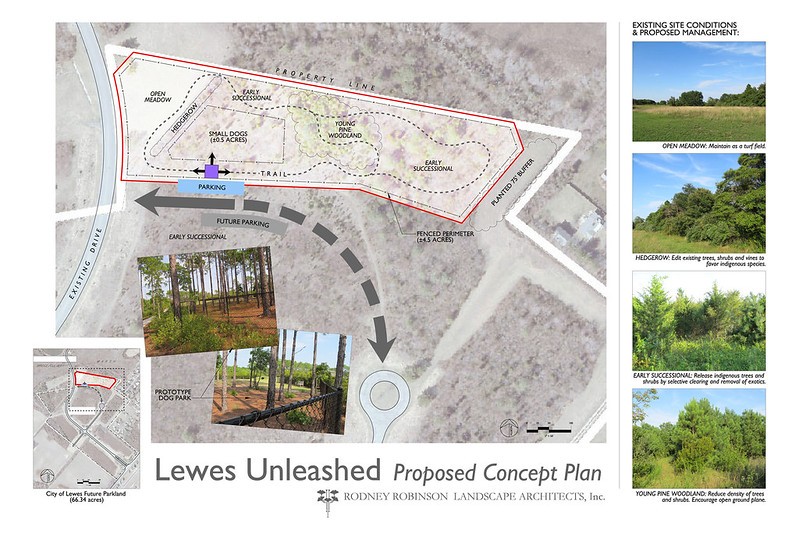 LEWES, DELAWARE— Lewes Unleashed is set to move forward with a dog park organizers say will be spectacular based on its size and location. Lewes Mayor and City Council on Nov. 19 unanimously approved the park’s initial design concept and also approved building the park on 4.5 acres of a 66-acre parcel the city leases from the Department of Natural Resources and Environmental Control. The parcel lies off New Road, along the road to the University of Delaware’s College of Earth, Ocean and Environment. The city approved the dog park idea in June. Landscape architect Rodney Robinson said the park’s natural setting would appeal to dogs and humans. Robinson is providing his services to Lewes Unleashed free of charge. “Because of the size and nature of the parcel it’s going to be spectacular,” Robinson said, pointing out features on a rendering of his initial design concept. He said most of the site work would be an evaluation of what’s growing, removal of unwanted plants, then work to nurture desired plant species. Robinson said the site offers diverse setting and plants: areas with sun, shade, and some places with broad vistas. He said new plantings would be indigenous. “It’s going to be unique. I haven’t seen any other dog parks like it,” Robinson said.