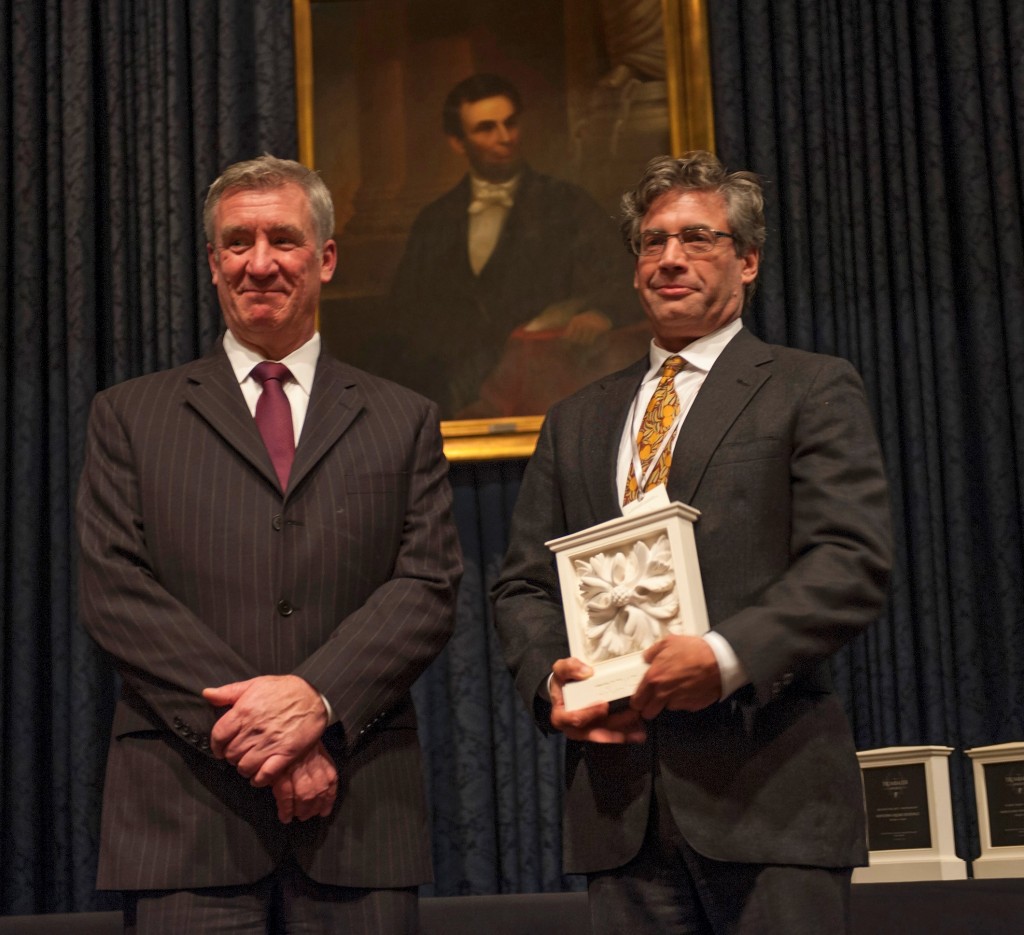 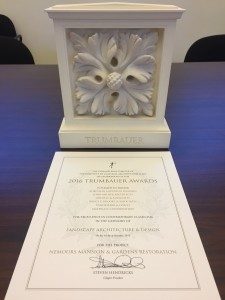 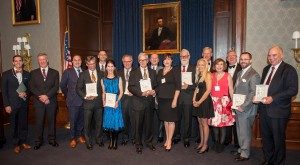 The Philadelphia Chapter of the Institute of Classical Architecture & Art (ICAA) announced the winners of the inaugural Trumbauer Awards on Wednesday, November 9th, at a festive awards ceremony at The Union League of Philadelphia. The new awards program recognizes the work of individuals and firms to preserve and advance the classical tradition in the greater Philadelphia area. RAS was honored to receive recognition for our work on the historic landscape restoration of Nemours Mansion and Gardens in Wilmington, DE.

Named for internationally renowned, native Philadelphia architect Horace Trumbauer (1868-1938), the Trumbauer Awards celebrate contemporary classical projects that express the breadth and inclusiveness present in Trumbauer’s expansive work. Trumbauer achieved extraordinary success despite modest professional and social beginnings, and was unrivaled in the early 20th century in American architecture for the number and magnificence of his projects.Thank you to the ICAA for supporting our work.